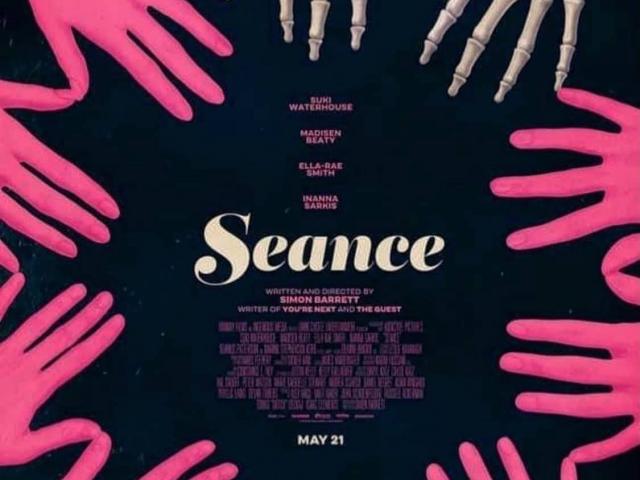 Filmed in association with Buffalo Gal Pictures in Winnipeg, and written and directed by the filmmaker behind "You're Next" and "The Guest", "Seance" follows Camille Meadows, the new girl at the prestigious Edelvine Academy for Girls. Soon after her arrival, six girls invite her to join them in a late-night ritual, calling forth the spirit of a dead former student who reportedly haunts their halls. But before morning, one of the girls is dead, leaving the others wondering what they may have awakened.

Written and directed by Simon Barrett, released by RLJE Films.