A Bit About Us

An independent production company experienced in both feature film and television production, Buffalo Gal Pictures was founded in 1994 under the direction of President and Producer Phyllis Laing. In the three decades since, the company has generated a diverse slate of projects by forging collaborative relationships with creative talent and building successful co-production partnerships domestically and internationally.

In the first three years following its inception, Buffalo Gal Pictures produced over 200 hours of television for WTN, while at the same time developing a slate of drama projects, often based on strong female stories. The company was driven to create world-class projects, and in 1998 took home the highly prestigious Banff Rockie Award as well as the top Canadian film award for its documentary on a favourite Manitoba author, Gabrielle Roy. By 1999, the company was producing an average of 3 movies a year, and by 2002 Buffalo Gal was contributing approximately $15 million in highly skilled technical and creative jobs in the television and film sector. In 2004, Buffalo Gal Pictures had not one, but two feature films in the highly coveted Sundance Film Festival. A further growth strategy was created in 2004, which led Buffalo Gal to international partnerships with Iceland, Germany, the UK, South Africa, and Australia. As a result, the company has become a sought-after partner for both national and international projects. 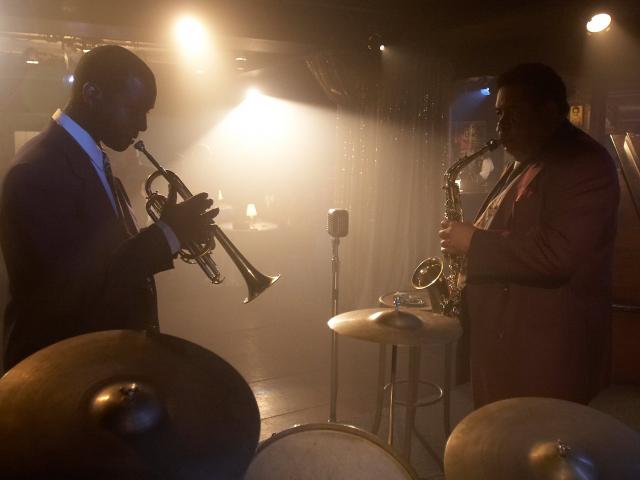 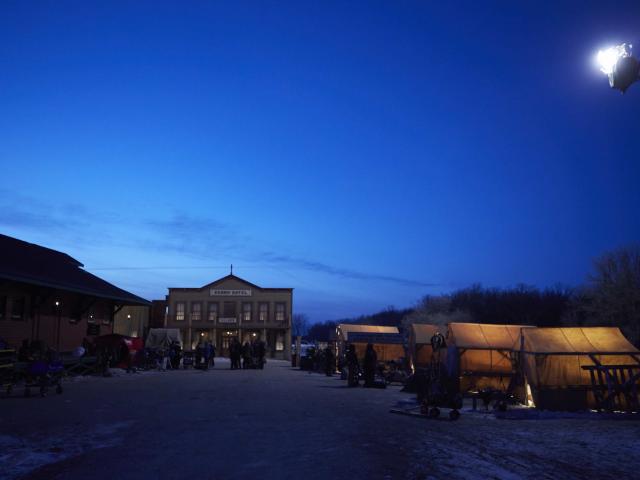 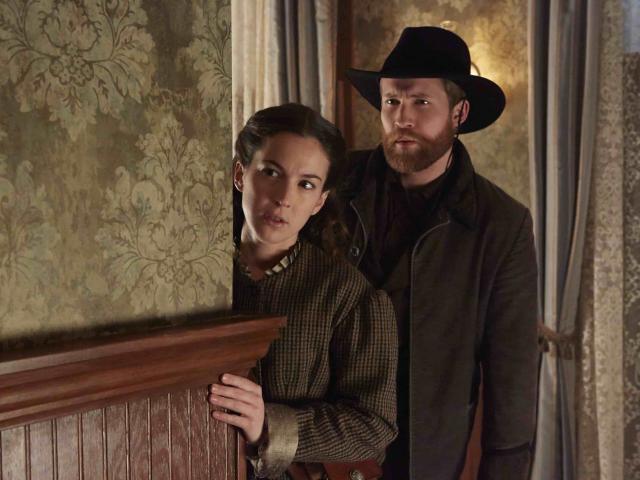 In the subsequent years and with the aid of experienced local crews, diverse location options and the attractive Manitoba film and television production tax credit, the company has established itself as a significant content developer for film (Through Black Spruce, The Stone Angel) and television (HBO Canada’s Less Than Kind, Sunnyside, The Pinkertons), and service partner (Heaven is For Real, Haunting in Connecticut, Siberia, JT LeRoy and the recent Sean Penn-directed Flag Day, currently in post-production.) In 2010, Buffalo Gal partnered with Tina Keeper to create Kistikan Pictures with the intention of collaborating on the development and production of Indigenous films and television; and in 2016 launched Insidious Pictures, with a focus on developing and producing genre films with local and international talent. 2016 also saw Buffalo Gal Pictures receiving a record 24 Canadian Screen Award nominations for its work on projects such as the television sketch comedy Sunnyside and the feature film Hyena Road.

Altogether, Buffalo Gal Pictures and its subsidiaries are responsible for over half the feature film and television production in Manitoba, and produced over $50 million CAD in production in 2019.

With a keen sense of business acumen, creative vision and a desire to make Winnipeg the epicentre of the Canadian film and television industry, President Phyllis Laing established Buffalo Gal Pictures in 1994 and has continued to expertly guide it to its present success.

The list of credits to her name is as impressive as it is extensive. Joining forces with a variety of producing partners, Phyllis has ensured that Buffalo Gal pictures has been at the forefront of quality Canadian production for over three decades. Beyond her work at Buffalo Gal Pictures, Phyllis has also sought to expand within the industry through the formulation of offshoot companies such as Opus, Kistikan, Insidious and Tangent - genre or market-specific endeavours that meet the needs of underserved voices in film and television.

Phyllis' business ingenuity has thrice been honoured by the Women's Business Owners of Manitoba. She received the Women Entrepreneur of the Year award in 1994 and 2013 and the Impact on Local Economy award in 2002. Committed to the continued development and expansion of the film and television industries, Phyllis served for years as Chair of the On Screen Manitoba Board of Directors, in addition to her seat as a Producer board member. She currently serves as a member of the Gimli Film Festival Board of Directors.

Isaac Clements has worked exclusively within the Canadian film and television community for over a decade. Beginning his career in the Acquisitions and Theatrical Marketing department of the boutique distributor ThinkFilm, he was able to gain valuable exposure by working alongside some of Canada’s most respected pioneers on films such as the Oscar nominated BEING JULIA, the gritty urban drama SUGAR, THE ASSASSIATION OF RICHARD NIXON starring Sean Penn and the critically lauded documentary FESTIVAL EXPRESS.

In the years following he has worked in a number of different facets both in Canada and for companies abroad, including Stirling Film and Television (Ireland), Telefilm Canada and the Canada Media Fund. During his tenure at Telefilm Canada, he worked alongside a multitude of in house professionals as well as countless filmmakers on such funds as Writer’s First, the Theatrical Marketing Fund, the Alternative Distribution Fund and the regional Development portfolio that included over 100 feature film projects.

Since then he has held the position of Business Analyst for the Canada Media Fund and within the Canadian and US production financing departments of E1 Entertainment where his portfolio included the Stephen King series HAVEN, MTV USA’s remake of the controversial UK series SKINS, AMC’s HELL ON WHEELS and CALL ME FITZ.

Recently he served as Chief Operating Officer for BerkshireAxis Media and Distribution Inc. where he managed the production equity arm, as well as oversaw the release of acclaimed features from renowned filmmakers including Michael Winterbottom (Everyday) and Ben Drew (iLL Manors) and the critically lauded documentary HOW TO MAKE MONEY SELLING DRUGS, produced by Adrien Grenier.

Currently serving as Vice President of Production and Development at Buffalo Gal Pictures he focuses on the late stage packaging and financing of BGP’s slate of films and television both IP and Service. Since joining BGP Inc. he has served as the Senior Production Executive on show such as SUNNYSIDE (Rogers) and THE PINKERTONS (Netflix) and films including BOREALIS, CONSIDERING LOVE AND OTHER MAGIC and the animated feature film OZZY.  His producing credits include the WW1 psychological thriller TRENCH 11, and the forthcoming SEANCE from the team behind You’re Next and The Guest.

Liz Jarvis joined Buffalo Gal Pictures in 1995 and has contributed to the company as a producer, production executive, production and post supervisor, and assistant director. Her first feature as a producer, SEVEN TIMES LUCKY, a film by Gary Yates, premiered at the Sundance Film Festival in 2004.  Most recently, Liz was supervising producer for Guy Maddin and Evan Johnson’s critically-acclaimed feature THE FORBIDDEN ROOM, which premiered at Sundance 2015, opened the Berlinale Forum, and won the Toronto Film Critics’ Association Best Canadian Film of 2015.   Additionally, Liz co-produced with Jonas Chernik the feature BOREALIS, starring up-and-comer Joey King and directed by Sean Garrity as well as CIUDADES DESIERTAS, starring Gael Garcia Bernal, co-produced with Mexican director-producer Roberto Sneider.

Liz co-produced the US-Canada-Kuwait co-production AMREEKA, a film by Cherien Dabis, which premiered at Sundance 2009, and screened at Directors’ Fortnight in Cannes, winning the FIPRESCI Critics' Prize. Liz also co-produced HIGH LIFE, a film by Gary Yates starring Timothy Olyphant, which premiered at Panorama, Berlin 2009. In 2007 Liz collaborated with writer-director Kari Skogland to produce the feature film THE STONE ANGEL, starring Ellen Burstyn, based on the beloved novel by Margaret Laurence.

Currently Vice President of Post Production at Buffalo Gal Pictures, Liz is also actively involved as a mentor for upcoming filmmakers, and is a consultant for On Screen Manitoba.

Jen Beasley brings a wealth of experience in a multitude of fields to her present-day endeavours. A WGC-nominated Canadian writer with comedy and drama television as well as web-based screenwriting credits to her name, Jen has been active in the film communities in both Toronto and Winnipeg for almost two decades. Following a seven-year stint as an assistant cameraperson with various film and television productions (during which she learned the lay of the land when it comes to effective script structure) and before that as both an elementary and high school teacher (during which she learned the effectiveness of time-outs) Jen segued into the television story department, beginning with the Showcase comedy BILLABLE HOURS.

Upon graduating from the Canadian Film Centre’s Prime Time Television Program in 2009, Jen was hired as story coordinator on the award-winning LESS THAN KIND, studying comedy from no less than The Kids in the Hall’s Mark McKinney. Her co-written script for the finale of the second season was nominated for a 2011 Writers Guild of Canada Comedy Writing Award. From there she went on to work as a story editor for Season Four of the acclaimed series. Subsequent work included screenwriting credits on such series as Showcase’s CRA$H & BURN and CBC’s MEN WITH BROOMS as well as story editing on a number of Toronto-based projects in development.

In addition to her position in various television story departments, Jen was also employed as Creative Development/Project Manager for Paquin Entertainment Group in Winnipeg, during which time she penned their associated company Koba Entertainment’s live theatrical touring production of Mike The Knight, based upon the popular Treehouse children’s series.

As a Production Executive at Buffalo Gal Pictures, Jen was integral to both the development and production divisions and is adept at shepherding a project from the initial stages through financing to delivery.  Her supervising producer/production executive credits include A VERY SORDID WEDDING (2017), LOOK AWAY (2018), SIBERIA (2018) and JT LEROY (2018.)

In the fall of 2017, Jen was named Buffalo Gal Pictures' Head of Development, and in 2021 was named Vice President, Development, currently overseeing the company's diverse feature and television slate.   In addition, since 2019 she has served on a number of On Screen Manitoba board committees and was recently named Co-Chair of its Board of Directors.

Bob embarked on his journey in the Canadian Film and Television industry in 1997. Joining Gemini winning John Aaron Productions, Bob gained valuable experience working in all facets of film making. During his time at John Aaron he worked on a trio of films with Academy Award winning (Gods & Monsters) production company Regent Entertainment.

In 2001 Bob joined Lester Beach Entertainment. As VP of Finance, he produced films starring Chevy Chase, David Hasselhoff and Gerald McRaney. On the television side Lester’s slate of projects with CMT led to multiple AMPIA awards.

Kerri Bebak is a Chartered Professional Accountant with extensive experience in budgeting, forecasting, and financial analysis. After spending 24 years working for a leading yearbook manufacturer as a Financial Analyst and Accounting Manager, Kerri transitioned into the film industry, joining Buffalo Gal Pictures as their Corporate Accountant in December 2019. In her short time with Buffalo Gal, Kerri has learned four different accounting softwares; Global Vista, Smart Accounting, PSL, and Sage.  In addition, Kerri has worked post accounting on the feature films FLAG DAY and SEANCE.

Anastasia Lukoyanov initially interned with Buffalo Gal Pictures during the summer of 2019, as part of her Ryerson university requirements. During her internship, she was able to gain real-world experience of the film and TV industry by helping out in various departments such as development and production. In the fall of 2019, she returned to Toronto to finish her degree at Ryerson University in Creative Industries. During her last year of university, she interned with levelFILM, a film distribution company, where she was able to understand the logistics of film distribution in Canada.

Upon graduating, Anastasia returned to her home town of Winnipeg, and in August of 2020 started working with Buffalo Gal Pictures.  Currently, her work is focused around the development department.

Insidious Pictures is a Winnipeg-based company that aims to put the horror back in "horror movie" - to make movies that are entertaining, innovative and frightening. These are the scary movies people talk about, blog about, recommend to their friends, and watch over and over again just for the thrill of it. The company will be seeking out the most thrilling and original terror tales it can find, and putting them on screen with ferocious, uncompromising intelligence.

To collaborate in the development and production of Indigenous content for film and television, Tina Keeper partnered with Buffalo Gal pictures in 2010 to create Kistikan Pictures Inc.

Tina Keeper is an award-winning actor, television host, former MP, and creative producer. She is best known for her work on the hit television series 'North of 60', and for serving as a Member of Parliament for the federal riding of Churchill.